Most history books show it was Chris Blackwell, founder of Island Records, who first started importing the sound of Jamaica to these shores in the 1960s.

But George 'Peckings' Price was already hard at work spreading the sound of The Rock to London and beyond, a good 2 years before that.

George - of Kingston, Jamaica - set up a sound system back home, whose members included such legends Lee 'Scratch' Perry, Prince Buster and Count Machuki. It was love that brought him to London in 1960 - following his partner Gertrude across the ocean.

And he established a fine trade feeding the appetites of music-hungry Caribbean travellers - a taste of a distant place in a society that wasn't always the most welcoming to black faces.

The shop followed in 1973, transferring a wholesale trade to an over-the-counter one.

And the tunes were good enough to spread: through workplace friendships, across the neighbourly divide, and in the pubs and clubs of the area.

Before long, it was white customers as well as black requesting the latest imports over the counter.

After George passed away in 1994, his sons took up the reins - Tony and Trevor running the shop, Chris going into music production and the family concern Peckings Records helping artists reach a new audience.

Peckings, initially a one-man operation built in 1960s Jamaica, has punched so high above its weight in reflecting, developing and even changing the culture of George's adopted home.

So many of the sounds of the Caribbean are now very much mainstream in Britain today. And right here is where it all started. 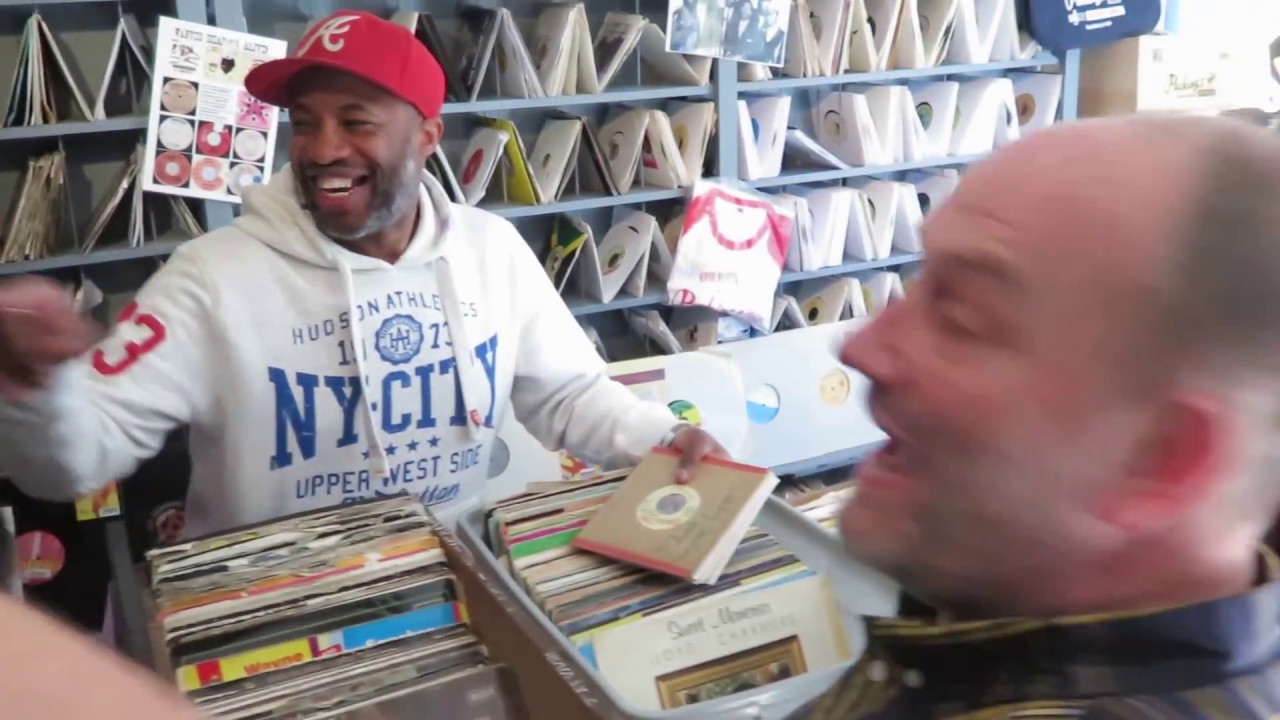 Click to play video: Peckings on a Saturday afternoon

Peckings Records continues to vend tunes to a new generation of music fans. Almost 60 years on, the family brand is still going strong.