This is the third Hammersmith & Fulham Black history trail. It covers places like Marcus Garvey Park in the borough and where Ellen and William Craft lived.

You can learn more about some of these people on our H&F historic figures page.

If you have any feedback about the trail or think something should be added email gaverne.bennett@lbhf.gov.uk 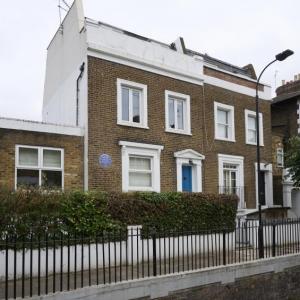 Ellen and William Craft were African American freedom fighters who made a daring escape from enslavement in Georgia, and fled to Britain in the mid 19th century. They are commemorated with a blue plaque at 26 Cambridge Grove, the Hammersmith home from which they campaigned for the abolition of slavery.

The blue plaque is the second monument to the Crafts in the borough. A brown plaque was put up in 1995 on the wall of the Shepherds Bush Housing Group building on the corner of Cambridge Grove and Glenthorne Road in Hammersmith. 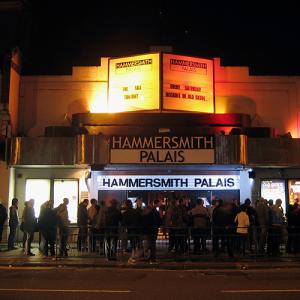 This is the former site of Hammersmith Palais, closed in 2007 and it is now a gym. A rich history of black artists played here including Toots and the Maytals, Delroy Wilson, James Brown and Adelaide Louise Estelle Hall.

The palais was a dance hall and entertainment venue that was open from 1919 to 2007.

It was the first of its kind to be built in Britain and quickly became known to many as the mainstay of dances and later the punk and reggae scene in London. 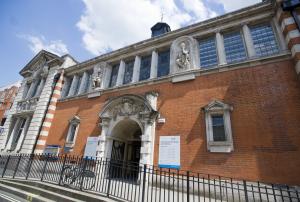 Hammersmith Library is a listed English Heritage Carnegie Library that is over 100 years old. Its close proximity to local schools and businesses adds to its diverse customer base.

Although traditional looking from the outside, it has a modern interior and is home to the local studies and archives service and the Hammersmith & Fulham Law Centre.

The library has copies of the ‘Celebrating Hammersmith & Fulham’ timeline that has the second trail that you can pick up for free if you ask at the counter.

Make a visit to the archive in the library if you want to learn more about places you have visited on the trail. 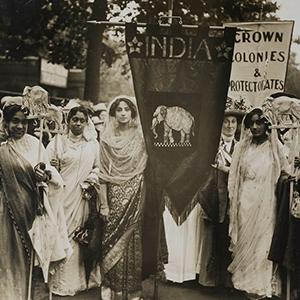 The former home of Lolita Roy and son Indra Lal Roy who lived at this address from 1907 to 1911.

Lolita Roy was an Indian social reformer and suffragist who fought for women’s rights in Britain and India. During World War 1 she set up a fund for Indian soldiers and raised a lot of money through auctions and clothing sales. After the war, she continued speaking out for women’s rights across the British Empire.

Son of Lolita Roy, Indra Lal Roy achieved his own fame by becoming the first and only Indian flying ace in World War 1. When war broke out, Roy was still at school. He applied to the RAF, but was turned down due to poor eyesight. Keen to help the war effort, he saw an eye specialist and had the decision overturned. In 170 hours of flying, Roy won 10 battles. Sadly he was killed in 1918 in France. 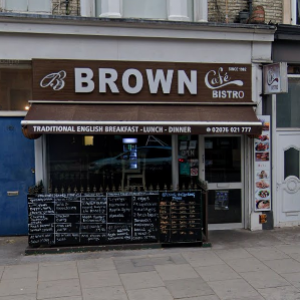 Come in for fresh coffee and delicious food. 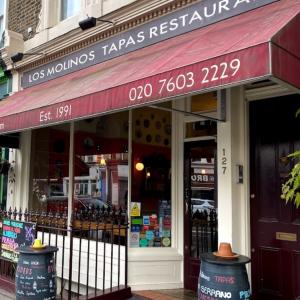 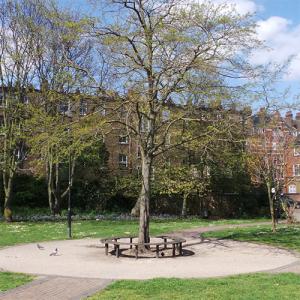 The park is named after Marcus Garvey, a Black civil rights campaigner who lived close by at 53 Talgarth Road from 1933 to 1940.

Born in Jamaica, Garvey was a Pan-Africanist who founded the Universal Negro Improvement Association (UNIA). The organisation was designed to strengthen bonds between Black people all around the world, including Africa, and advance their rights. The UNIA was one of the largest anticolonialism groups in Jamaica and had a big impact on the country.

Garvey's second wife, Jamaican born Amy Euphemia Jacques Garvey, was a journalist and activist in her own right. She was one of the pioneering female Black journalists and publishers of the 20th century.