This is the second Hammersmith & Fulham Black history trail. It covers places where Ghandhi and Kenyatta (first prime minister of Kenya) lived, the High Commission for Grenada, Hammersmith Apollo, and a place that was significant in the life of Esther Bruce where a paving stone was laid recently.

You can learn more about some of these people on our H&F historic figures page.

If you have any feedback about the trail or think something should be added email gaverne.bennett@lbhf.gov.uk 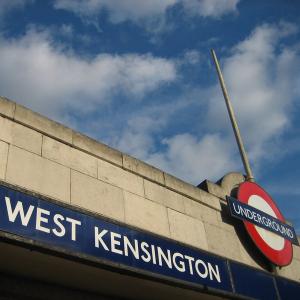 On 5 May 1878, The Midland Railway began running a circuitous service known as the “Super Outer Circle” from St Pancras to Earl’s Court via Cricklewood and South Acton. 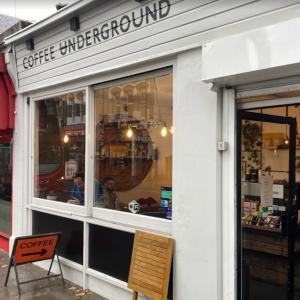 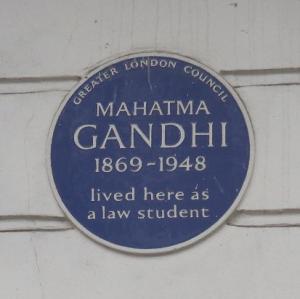 Mohandas Karamchand Gandhi - as he was known then, philosopher, politician, lived at this address whilst studying law at University College London in the 1890's.

Gandhi is most famous for his peaceful protests against British colonialism in India. He lived in the borough for three years, while he studied law at University College London.

During his time in London he worked with London’s poorest to try to improve their welfare. 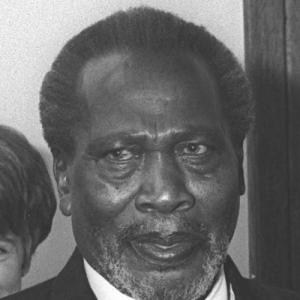 Kenyatta was prime minister of Kenya and was later its first president.

He was the first indigenous leader (born in Kenya) and helped Kenya transform from a British colony to an independent country.

He lived in London for 3 years, making friends with communists and other anti-imperialists (people who didn’t want to be ruled by Britain). 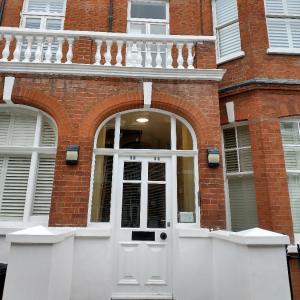 Born in New York, Adelaide became one of the best-loved jazz and cabaret singers and tap dancers, and performed with legends such as Duke Ellington, Fats Waller, Josephine Baker and Louis Armstrong.

In 1941, she was Britain’s highest paid entertainer. She was one of the first black performers to headline at the London Palladium, and played to full houses at Hammersmith’s Riverside Studios and the Hammersmith Palais.

She frequently appeared on the BBC as well as recording extensively for Decca Records. In the early 1950s, Hall and her husband Bert opened the Calypso Club in Regent Street.

Adelaide lived in Fulham from 1980 until her death at 92 years old in Charing Cross Hospital. 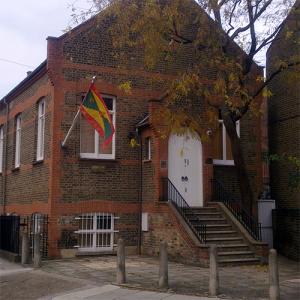 The Grenadian Embassy is a diplomatic mission in London and is appointed by the Ministry of Foreign Affairs of Grenada to develop and uphold the Grenadian interests in the United Kingdom. 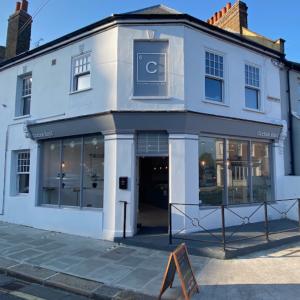 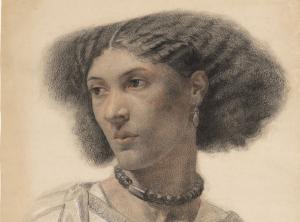 A Black Victorian pre-Raphaelite muse, Eaton was born in Jamaica then moved to London in the 1840s.

She became a famous model for the pre-Raphaelites - a group of English painters, poets and art critics. Eaton appears in many famous pieces of art including William Richmond’s The Slave, which can be found in the Tate
Britain museum.

She is buried in a communal plot within Margravine Cemetery and also lived at 66 Davisville Road in Shepherds Bush. 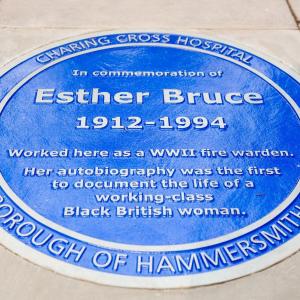 Esther worked in Fulham Hospital and also acted as a fire warden during World War 2 at the hospital, which is now named Charing Cross Hospital.

From a young age, Bruce was taught by her father to take pride in her Black heritage and stand up to racism.

Bruce left school when she was 14 years old to work in domestic service but, after being exploited, she changed careers and found work as a seamstress. She helped to unite the community during this period and wrote to her family in Guyana to ask if food parcels could be sent over to help alleviate the effect of rationing.

Her autobiography was the first to document the life of a working-class Black British woman. 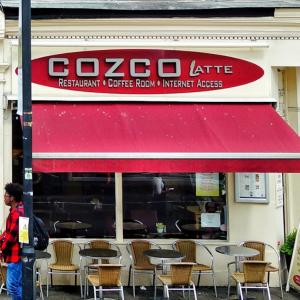 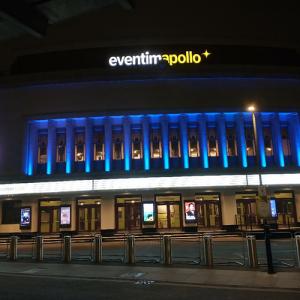 Built in 1932 as a cinema, then called the Gaumont Palace and later the Odeon, it took on a exalted place in London's music folklore from the 1950s onwards.

Countless acts have headlined at this venue. Bob Marley played a series of gigs in 1976. Count Basie, Ella Fitzgerald, Louis Armstrong, Dizzy Gillespie, Public Enemy, Al Green and Kanye West are just some of the other names in music.

It is now re-branded as the Apollo and is still one of London's major live entertainment venues. 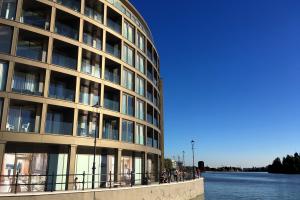 Many iconic programmes were filmed there such as ‘Doctor Who’ (1964 to 1968), and the iconic African American actress Eartha Kitt performed at Riverside Studios in 1956.

In the 1980s, Black British writer Benjamin Zephaniah's first plays premiered at Riverside Studios. Also that decade, free rehearsal space was given to the innovative and pioneering Black British theatre company The Black Theatre Co-operative, who presented a number of their plays at the venue.