During the visit, LET officers spoke to residents to discuss issues of anti-social behaviour in the Fulham area and how they can help. Officers also conducted weapon sweeps and visited local businesses, schools and parks.

The LET is working with residents across H&F to crack down on knife and drug crime, as well as anti-social behaviour and fly tipping. 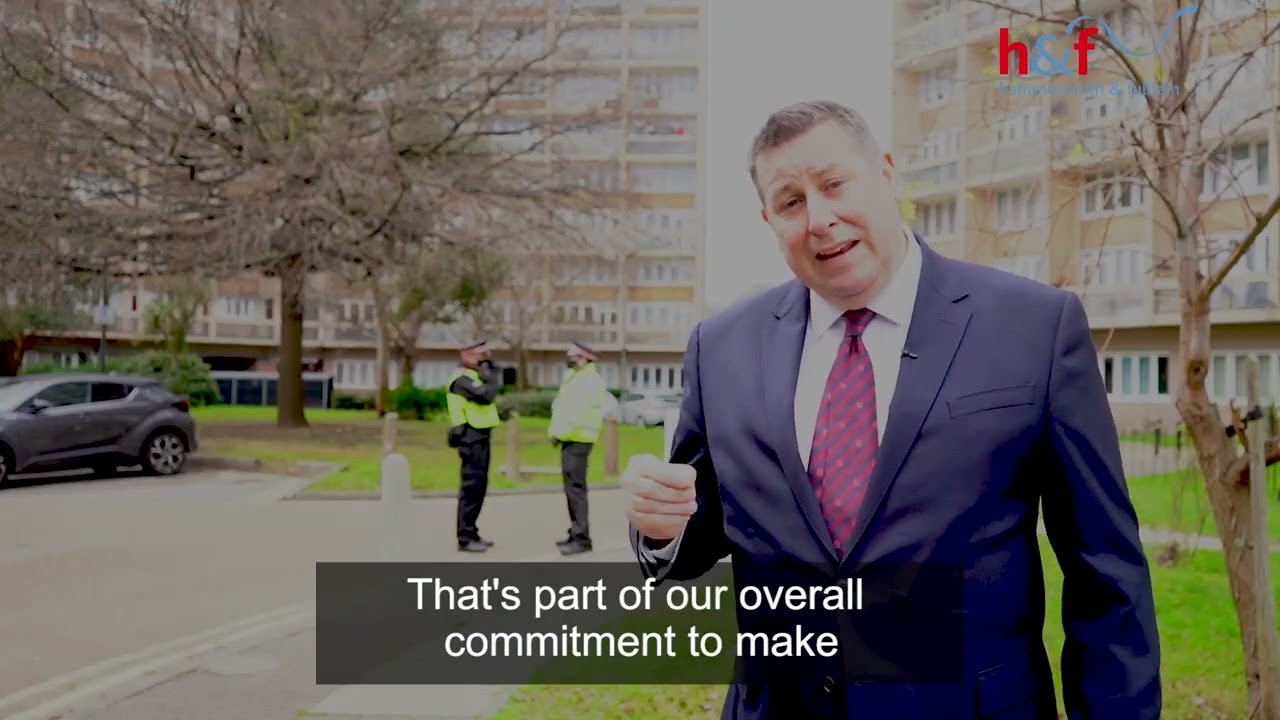 The team was joined on the Clem Attlee Estate by H&F Leader Cllr Stephen Cowan, who said: “We’re determined to tackle crime and anti-social behaviour, which is why the council has funded 72 Law Enforcement officers to make the area safer.

That’s part of our overall commitment to make Hammersmith & Fulham a no-go area for criminals. If you see the Law Enforcement Officers, say hello. They’re here to help.”

During the 24-hour operation, the LET officers also carried out:

A similar 24-hour operation will be carried out by our LET on the White City Estate on Wednesday 2 February.

Since May 2021, our Law Enforcement Team has responded to more than 4,000 calls from residents and businesses. It is the largest team of its kind anywhere in the country.

Our 72 LET officers work proactively with the police as they seek to drive down environmental crime and anti-social behaviour in H&F – 24 hours a day, seven days a week.

If you see our uniformed officers, make sure to say hello – they want to hear from you so we can act on your concerns.

You can also contact them on let.hf@lbhf.gov.uk or by calling the council's switchboard on 020 8748 3020 to report issues for them to investigate.

Where you are witnessing a crime and, or where you require an immediate response for an emergency, always ring 999.