This year’s national Refugee Week is designed to illustrate the important contribution refugees have made to British society.

The hope is to help encourage a better understanding of the current refugee crisis and to celebrate the refugee communities that have made the UK their home over generations.

One of those refugees is Abdi. In 2014, he fled from his native Somalia and travelled to safety in England after making the perilous trip from Libya to Italy in a boat. He was only 15 at the time of his year-long journey.

Watch our video to hear about Abdi’s experience fleeing Africa for Hammersmith. 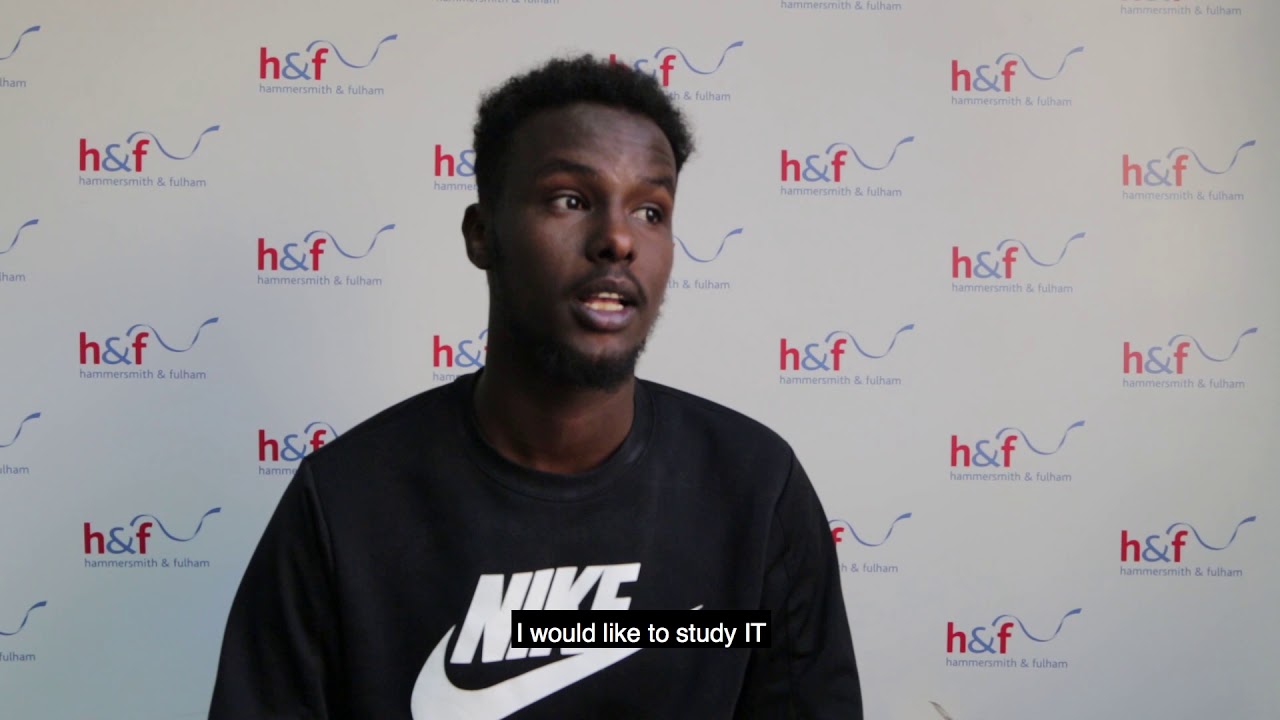 Refugees living in overcrowded and unsanitary camps in Europe are in urgent need of relocation due to the coronavirus outbreak.

But for those hoping to be able to make a new home in the UK – often because they have family here – there is now the additional uncertainty of Brexit which may make it even harder for some of the most vulnerable refugees to reach the UK.

If the UK fails to reach a deal with the EU, then it will no longer be subject to the EU’s Dublin Treaty that gives refugee children in Europe a legal right to reunite with family in other EU countries.

Meanwhile, the government recently announced the closure of the Dubs scheme, named after Hammersmith resident Lord Alf Dubs, which gave refugee children with no family in Europe the right to apply for sanctuary in the UK.

Against this backdrop of increased uncertainty for refugee children in camps in Europe, Hammersmith & Fulham Council reasserts its impassioned call to the government to allow safe passage for 10,000 unaccompanied child refugees from Europe and regions of conflict over the next ten years

“We need to do whatever we can to help vulnerable child refugees who are fleeing the horrors of war and conflict,” said H&F Leader, Cllr Stephen Cowan.

Hammersmith & Fulham Council has been working closely with Lord Alf Dubs for several years to bring ‘Dubs children’ (unaccompanied refugee children in Europe) to safety in the UK.

So far, H&F has welcomed 26 Dubs children which is on top of the 97 refugee children the council has also taken through the government’s voluntary National Transfer Scheme (NTS).

H&F has also doubled its target for welcoming Dubs children – from 100 to 200 – providing that the government provides the necessary funding.

H&F is the only council whose social workers have volunteered in the jungle in Calais, to help assess refugee children there for transfer to the UK

Lord Dubs said: “As a Hammersmith resident, I am so proud that H&F is leading the UK’s efforts to welcome unaccompanied refugee children.

“H&F Council has not only saved the lives of refugee children, it has also given them the opportunity of a decent life. That’s something I hope all local residents can be proud of.”

Alf Dubs arrived in Britain on a train from Prague in 1938 when he was just six years old. He was one of 10,000 Jewish and other children rescued by the Kindertransport in the nine months before the outbreak of the Second World War.

The new Bees & Refugees community project will soon see the borough buzzing with honeybees from hives across the community.

The project – which helps refugees become beekeepers – was the idea of 35-year-old Shepherds Bush resident, Ali Alzein, who fled his home and life in Damascus, Syria. After arriving in the UK in 2012, he found it hard to adjust.

“I was always struggling to carry on with my life here and suffering from PTSD and severe depression,” explained Ali. “One day I decided to get a beehive for my garden. It was really therapeutic and helped me heal some wounds and so that’s where the idea for Bees & Refugees came from.” 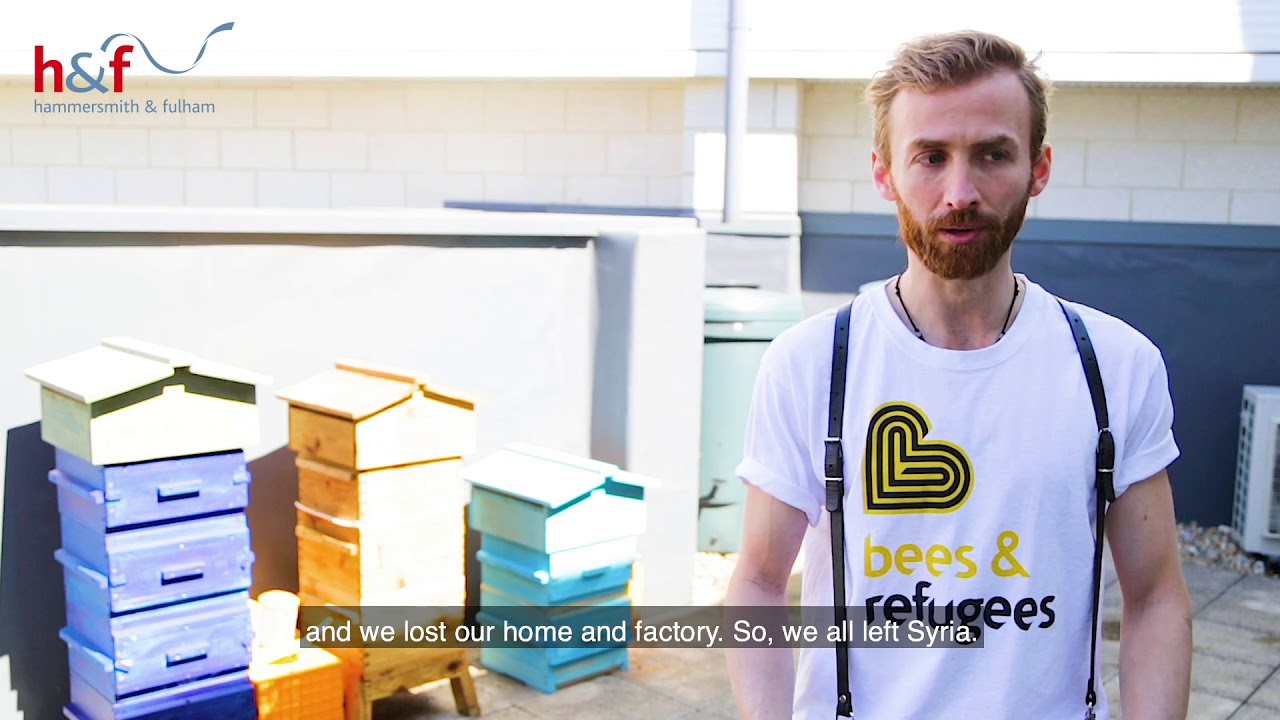 Every year thousands of child refugees arrive in Europe, almost half of them are unaccompanied and as a result are at risk of being abused and trafficked. Yet many of these children have a legal right to travel safely to a place of sanctuary.

Now, children’s refugee charity Safe Passage is warning that Brexit is a fundamental threat to refugee children and their legal right to reunite with family in other EU countries.

Safe Passage’s CEO Beth Gardiner-Smith believes far fewer children will be able to access a safe and legal route to join family, more children will be stranded in Europe separated from family, and many will choose to risk their lives with smugglers as a result.

In March, Match of the Day presenter Gary Lineker turned up to cheer on H&F child refugees during a training session at Craven Cottage. 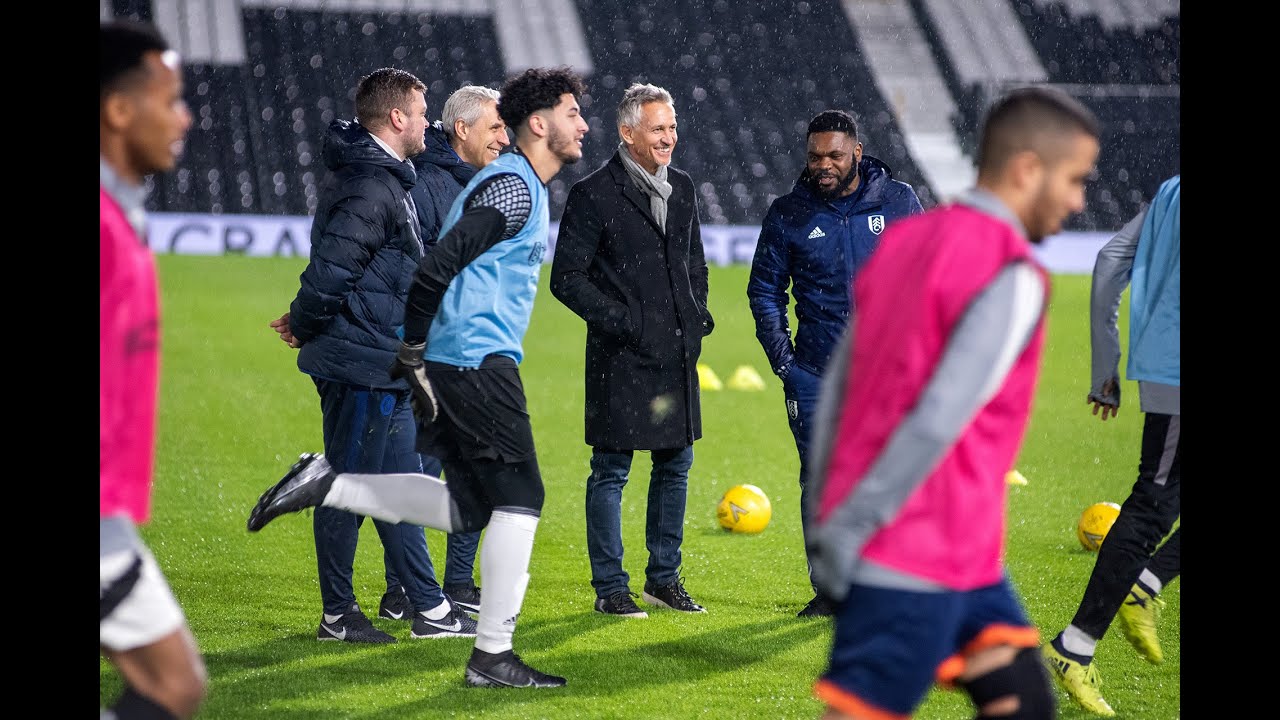 Gary said that he would continue to stand up for the rights of refugees, despite previous criticism. Adding that he decided to speak out after watching footage of ‘young children and families fleeing their country bombarded by missiles, facing dreadful harrowing journeys’.

“Some people say they shouldn't come here. But we are better than that. Refugees are a humanitarian issue not a political one. We have to play our part. Every country in the world has to do their bit. And that includes us,” Gary said.

Goal Click is a global football storytelling project. Ahead of World Refugee Day (Saturday 20 June), the project has launched a ‘refugee series’ with the United Nations High Commission for Refugees to share these powerful photos and stories from around the world.

The year-long project is unique as the stories and images are 100% told by the refugees and asylum seekers themselves during the year-long series. Have a look at the images here.

This Saturday (20 June), stream the live premiere of ‘On-the-Line’ – a film made in coronavirus lockdown by 42 young refugee – at 7pm on World Refugee Day.

Stream it here on the Shakespeare’s Globe theatre website.

The 45-minute film was rehearsed over Zoom and created from mobile phone footage sent in by the young people to offer a unique insight into their experience of lockdown from young people seeking sanctuary in the UK.

We know people in H&F want to help. If you feel you could make a financial contribution, however large or small, please contact the following organisations.