We did it together! The government has finally been forced to retreat on closing Charing Cross Hospital.

Read our letter to residents and download a poster for your window.

Thanks to Save Our Hospitals campaigners, Michael Mansfield QC (who ran the independent commission that provided such unchallengable evidence against the plans) and to the many, many residents who have fought with us so hard and for so long.

Council Leader, Cllr Stephen Cowan says: "This is a huge validation of Michael Mansfield QC's findings and a huge victory for the Save Our Hospitals campaign. Thank you to all the residents who worked with us to save Charing Cross Hospital."

Statement from North West London CCG (26 March 2019): "We will not be taking forward the plans as set out in SaHF for changes to Ealing and Charing Cross hospitals." 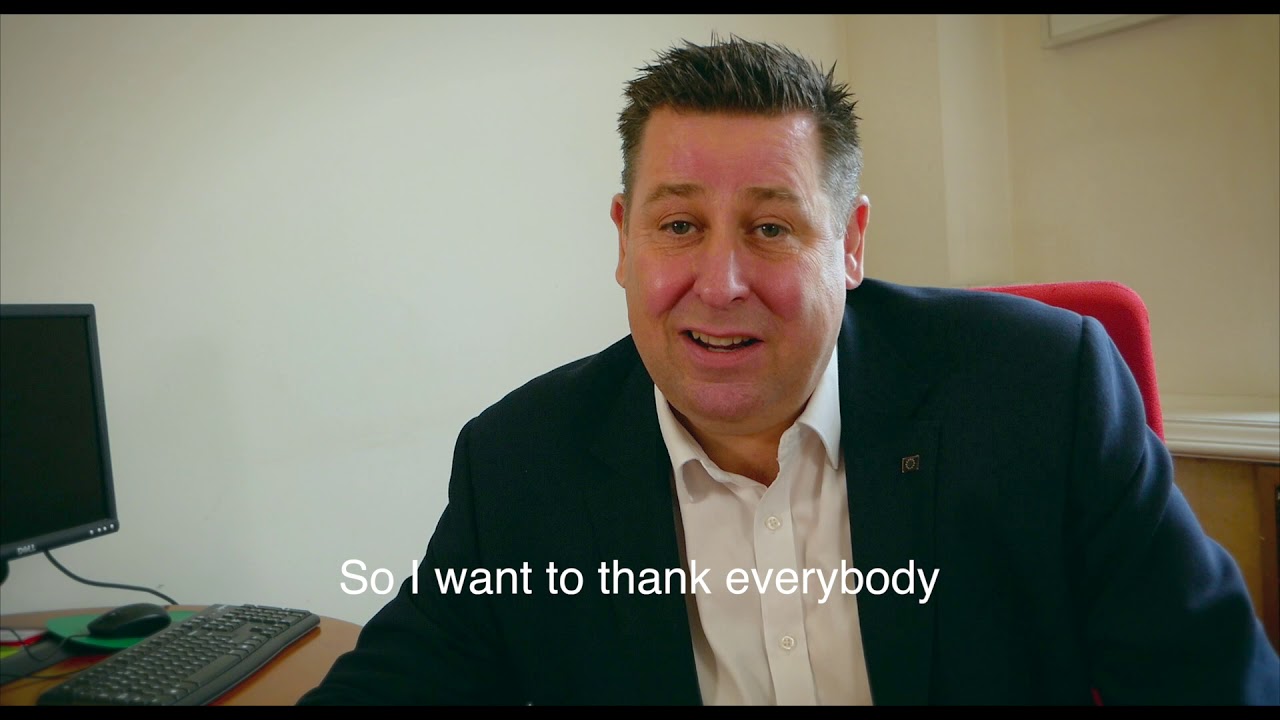 We've won the battle to save Charing Cross Hospital from proposals to demolish most of it and replace its A&E with an urgent care clinic – leaving just 13 per cent the size of the original hospital.

The current much-loved Charing Cross Hospital was to be replaced with an urgent care centre, diagnostics and out-patients only.

Here is the detailed reconfiguration that the NHS consulted local people on in 2012. Option A, the one linked below, was the option they agreed, including the closure of the A&E department. They have since tried to redefine the existing urgent care centre as ‘an A&E appropriate for a local hospital’. 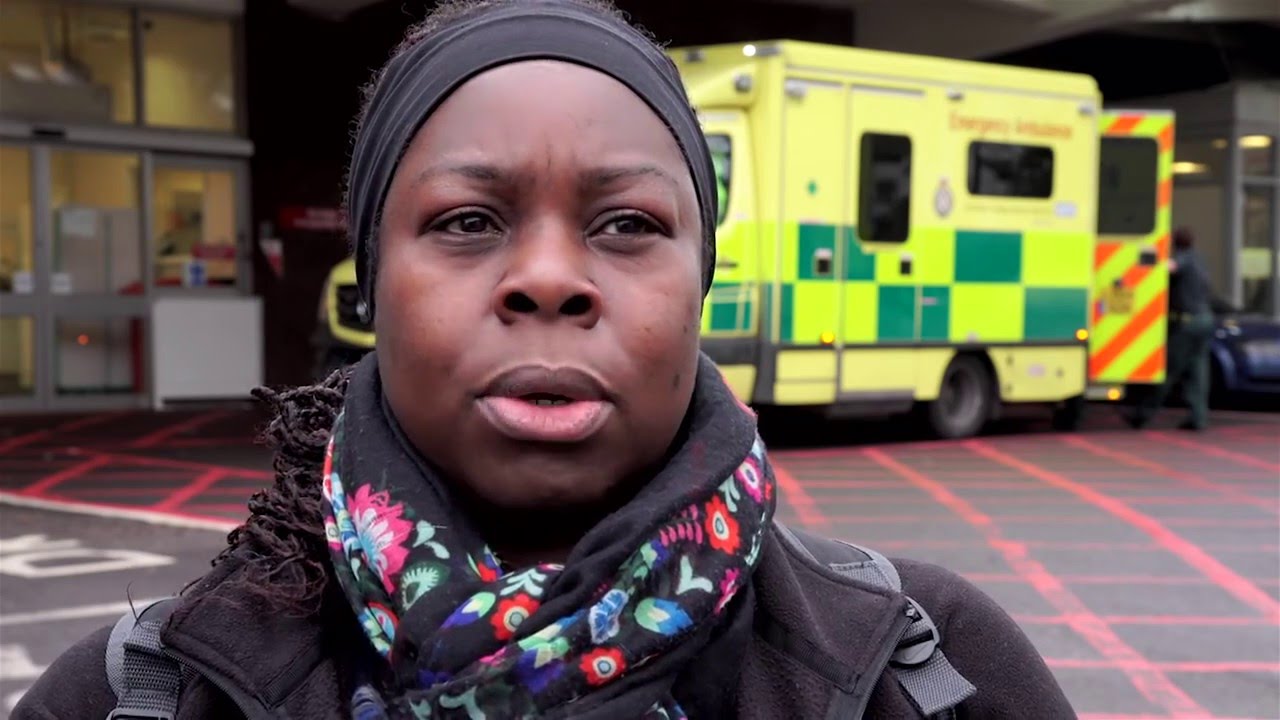 What you can do to help

The decision by Hammersmith & Fulham Council to refuse ‘secretive’ hospital closure plans was backed by hundreds at a packed town hall meeting in November.

Nearly 700 cheered and applauded Cllr Stephen Cowan, Leader of Hammersmith & Fulham Council, as he explained why he has refused to sign up to the local NHS Sustainability and Transformation Plan (STP). Councils across the UK have been asked to endorse similar plans for each region of the NHS, before they are submitted to government for approval.

“The STP is a deeply cynical re-hash of the earlier flawed plans which now proposes to close Charing Cross Hospital in 2021,” said Cllr Cowan.

“There are no good arguments for demolishing Charing Cross or for selling off much of the land and replacing it with an urgent care clinic just 13 per cent the size of the hospital. That’s why this administration will continue its fierce defence of Charing Cross and the vital local NHS services people rely on.”

Video: Cllr Cowan speaking at a Save Our Hospitals meeting 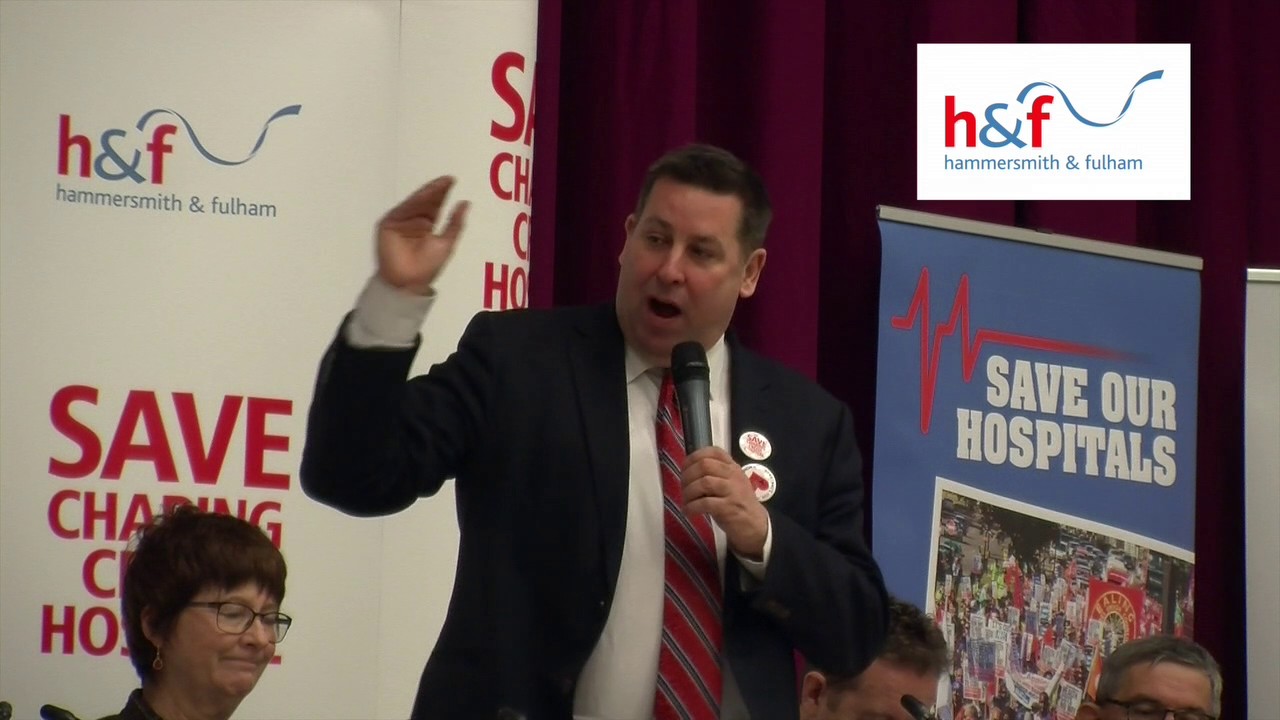 The meeting drew campaigners from across the region who have been fighting plans to close or downgrade services at five out of the nine hospitals in north west London.

Anne Drinkell, of the Save our Hospitals campaign, said: “This is a cuts and closures programme. We’re not saying we want no change. But objectively there’s already not enough capacity in our local hospital so closing more services would be unsafe.”

Campaigners were united in condemning the tactics being used to force through drastic reductions in local health services secretively and without public consultation.

The NHS has pressured councils to approve STPs by linking it to the release of vital government cash needed to keep councils’ social care services from collapsing under ever-rising demand.

Dr David Wingfield, chairman of the Hammersmith and Fulham GP Federation, suggested the STP was not equipped to tackle the health and social care problems facing the borough. He offered to form a ‘grand alliance’ between GPs, councillors and members of the community to confront local healthcare challenges.

Share your experiences at Charing Cross Hospital. Click the red button below and send us an email on what you think about the hospital and the proposals. We'll publish it here on this page.”

News11/02/2016Help us save services at Charing Cross Hospital

News30/06/2015Hospital trusts to be grilled over contentious merger plans