The Care Act 2014 states that every local authority must have a Safeguarding Adults Board (SAB). The SAB is a partnership of organisations working together to prevent abuse and neglect of adults in need of care and support. If someone experiences such behaviour, they have a duty to respond in a way that supports their choices and aids their wellbeing.

Hammersmith and Fulham’s SAB met for the first time in September 2018. The Care Act also requires each SAB to produce an annual report listing its activities, progress and achievements.

A key aspect of all safeguarding work is to listen to, and, whenever practical, take into account the wishes and experiences of those residents who have been victims of abuse and, or neglect. Annual reports normally give written examples of such engagement, invariably through the perspective of the organisation, not the individual.

We wanted to be different by bringing the work of the board ‘to life’. Our first annual report is, I believe, unique in that it is a series of interviews and film clips with both service users and service providers.

Such a venture requires imagination and the confidence to break away from the traditional written format. I am pleased that everyone involved from board members, the production team and, most importantly, those residents talking about their lives, have given the project their complete support.

It is regretted that the report was not available within the intended timescales of early March. The delay is due to the statistics shown on the slides from NHS England not being published until mid-November, the planning, filming and editing of the interviews and, most importantly, the unprecedented impact of the coronavirus pandemic.

Nevertheless, I hope you enjoy watching, listening to and reading about our first year.

When we thought about our priorities, we wanted to know from local people, “What is important to you?”

Their replies led us to create our adult safeguarding strategy. One key message was that any strategy is written in easy to understand language so it is displayed as a ‘house’, which is built upon the foundations of wellbeing and safety.

People said that they do not want to be seen as victims, and want to be in control of the decisions they make about their life, even when they have experienced abuse or neglect.

Residents want to know what to do when they themselves, or someone they know, is being neglected or abused, by someone else. Most importantly, they want to be listened to and involved in any decisions made by other people about them.

We said that we want to be leaders who listen and learn from what people are telling us. Our strategy underpins the work of the board: all its safeguarding adults’ activity is focused on being led by the individual, ensure that the resolution of their concerns meets their needs and improves their quality of life, wellbeing and safety.

What you said to us about: Making safeguarding personal

What you said to us about: Creating a safe and healthy community

What we said about: Leading, listening and learning

Board partners self-assessment of their safeguarding activities

In May 2019, eight board members completed a self-assessment audit spreadsheet designed and promoted by the London Safeguarding Adults Board. Each agency was asked to list three areas of safeguarding work which they considered to be a strength and three areas where there was room for improvement.

They were then asked to present their findings to three board members (the chair and members from the non-statutory sector) and to provide the evidence for their judgments. The following section summarises these conclusions.

Common themes are being used to inform the work of the board. Examples include the need for more training on the Mental Capacity Act. In September, the board organised a training and awareness morning on this subject attended by 90 people working in many different areas of safeguarding.

Another theme was the request for more feedback about the quality and outcome of any safeguarding referral - a topic the board has addressed with Adult Social Care.

Christopher is the Assistant Director for Quality, Safety and Performance of Adult Social Care at the council and is a board member. Mike is the independent chair of the Safeguarding Adults Board.

Christopher talks about his social work background and how he wants to work for local residents. Mike describes how the board encourages different agencies to work in collaboration to resolve complex safeguarding issues using the example of hoarding. Both Mike and Christopher stress the need for safeguarding practitioners to put the needs of the individual first and not to impose their views. 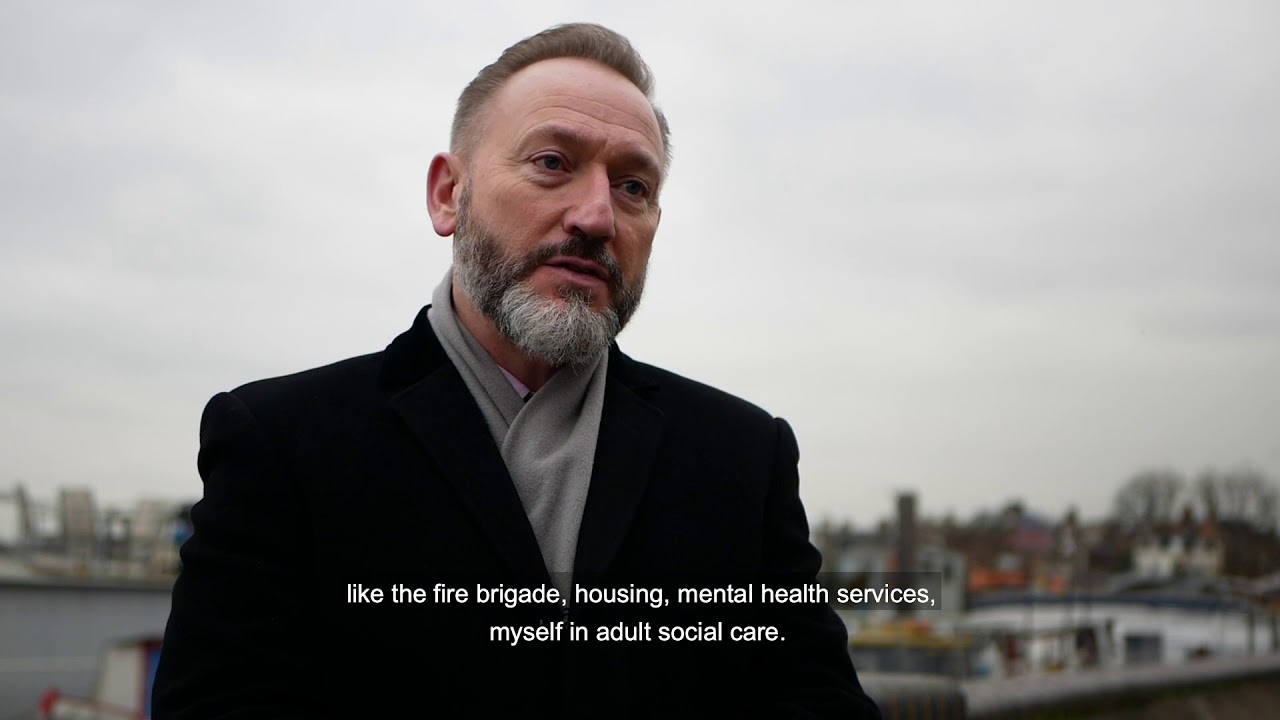 Watch the BSL version of Chris and Mike's interview

Donna and Andre are sister and brother. Andre was born prematurely and sustained a brain injury at birth giving him a mental age of a 1-year-old child.

Donna tells about how her mother set up a care home within the borough to look after Andre which she described as 'home from home'. This smaller home was taken over following her mother's death, which, following staff changes, began to give inferior care to residents. Last year, things got so bad that Andre was removed from the home by the council.

Donna describes the experiences of working with the council to find the right home for Andre as 'positive'. She felt listened to and that everyone wanted the best outcome for Andre. Andre is now very happy in his new home and this is an excellent example of the making safeguarding personal approach of the board. 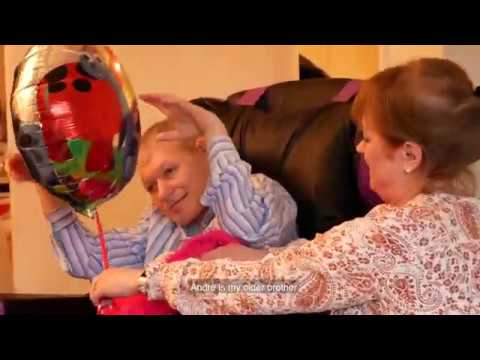 Watch the BSL version of Donna and Andre's interview

Parminder is the Director of Safeguarding for Adults and Children at the West London NHS Trust which provides mental health services in the borough. Sally is the Partnership Manager at Standing Together, an organisation that works with the victims and survivors of domestic abuse in Hammersmith & Fulham. Both are board members.

Parminder and Sally talk about their work safeguarding the victims and survivors of domestic abuse, how lessons can be learned to train staff and so, hopefully, reduce further incidents. 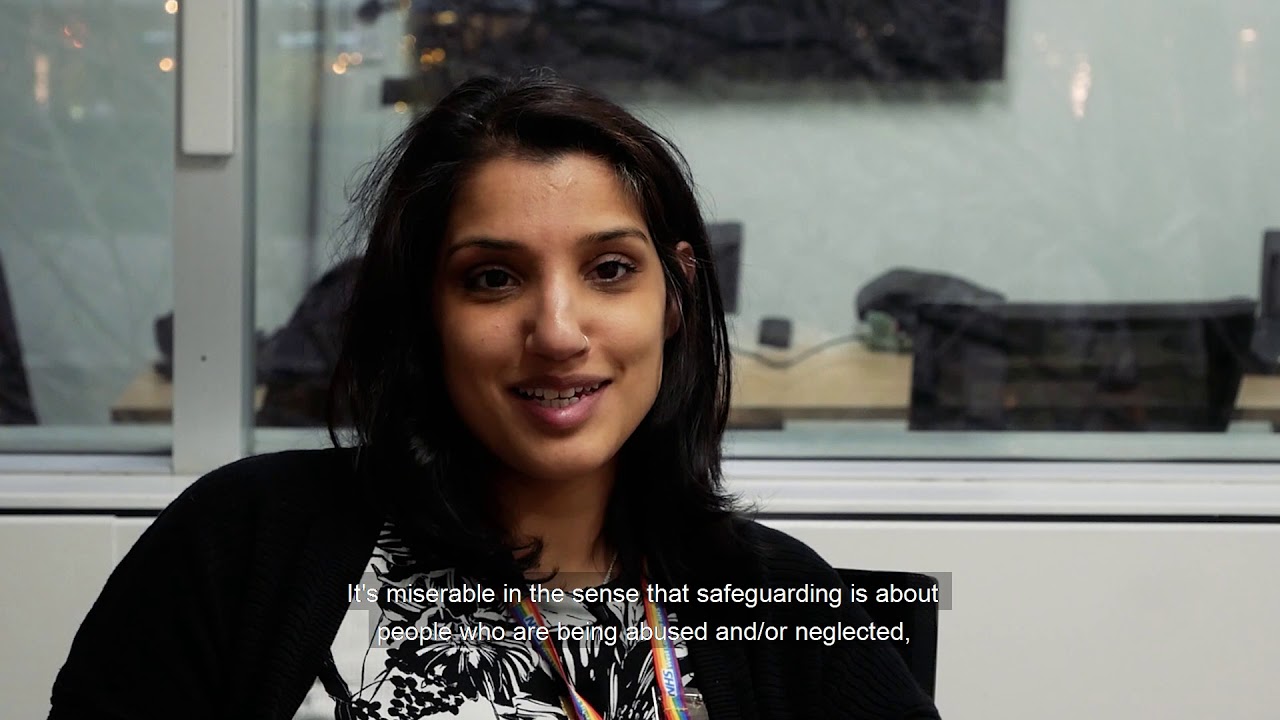 Watch the BSL version of Parminder and Sally's interview

Sebastian was the police safeguarding lead for Hammersmith & Fulham prior to his transfer to East London earlier this year. Mick is the senior fire officer for the borough. Both Sebastian and Mick represent the Metropolitan Police and London Fire Brigade respectively on the Safeguarding Adults Board.

Sebastian talks about the work of his specialist officers investigating crimes against 'vulnerable' adults and how they liaise with colleagues within the council to provide the necessary support, especially if the person is required to give evidence in court. He wants to expand this work and develop an even closer working relationship through joint working within the MASH.

Mick talks about how his firefighters are encouraged to make safeguarding referrals to the council and mentions the increasing fire risk posed by an increasing prevalence of hoarding. Mick also mentions a future 'Telecare' project which the Fire Brigade is looking to 'roll out' across the borough. 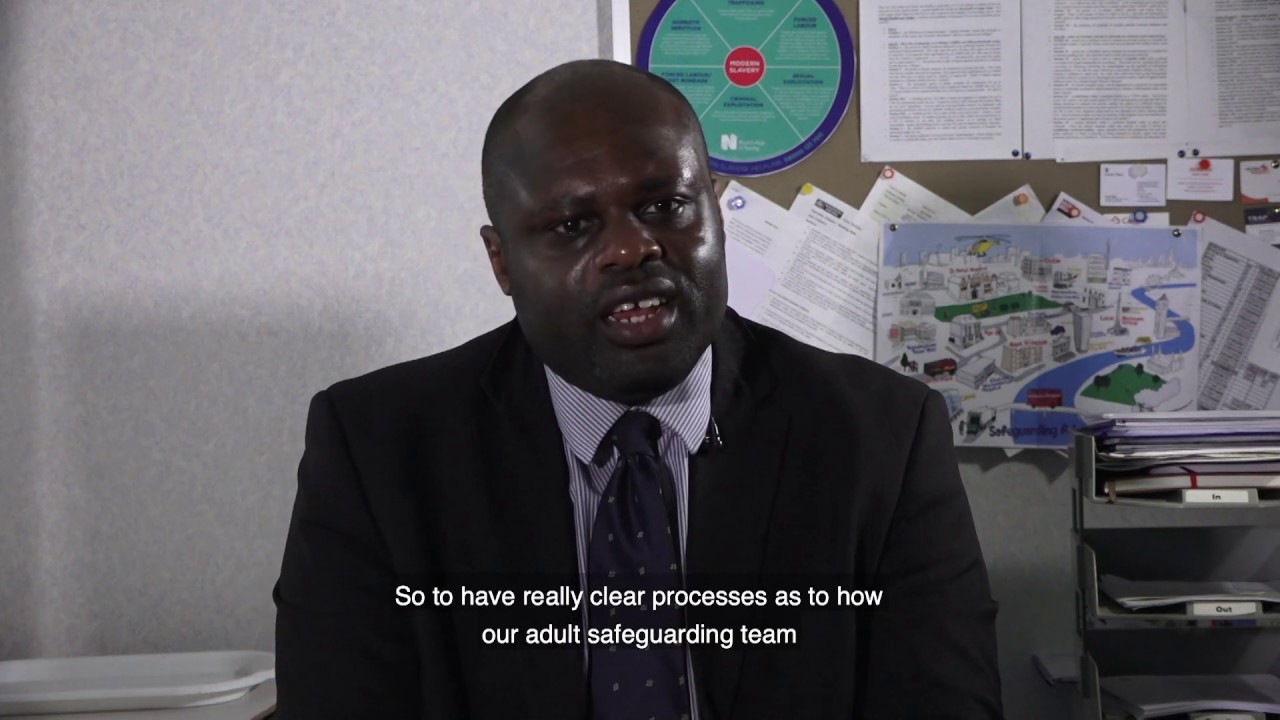 Watch the BSL version of Sebastian and Mick's interview

Thankfully most of us can live fully independent lives. Some adults need help, and lots of it. Like Andre.

This is the story of how he and his sister Donna have found a way to make sure Andre gets the help he needs. It’s also the story of how in Hammersmith & Fulham a new way of safeguarding adults is being pioneered and is delivering results for the people who need care, and for the whole community.

The numbers - statistics about the borough and safeguarding activity (pdf 1.5MB)

These figures explain the different aspects of safeguarding work. The case of Donna and Andre shows how these activities do make a real difference to the well being of one of the borough's residents.