Today (8 May) we honour the 75th anniversary of the liberation of Europe and celebrate all those who fought against the evil of Nazi tyranny during the Second World War.

We hope this digital resource will lead the celebrations in Hammersmith & Fulham and pay tribute to all the soldiers who gave their lives to win the war.

We have included stories and pictures from H&F in 1945 and we invite you to take part in the national observance of VE Day.

Our special day of tributes is opened by Cllr Stephen Cowan, Leader of the London Borough of Hammersmith & Fulham, in the following video tribute: 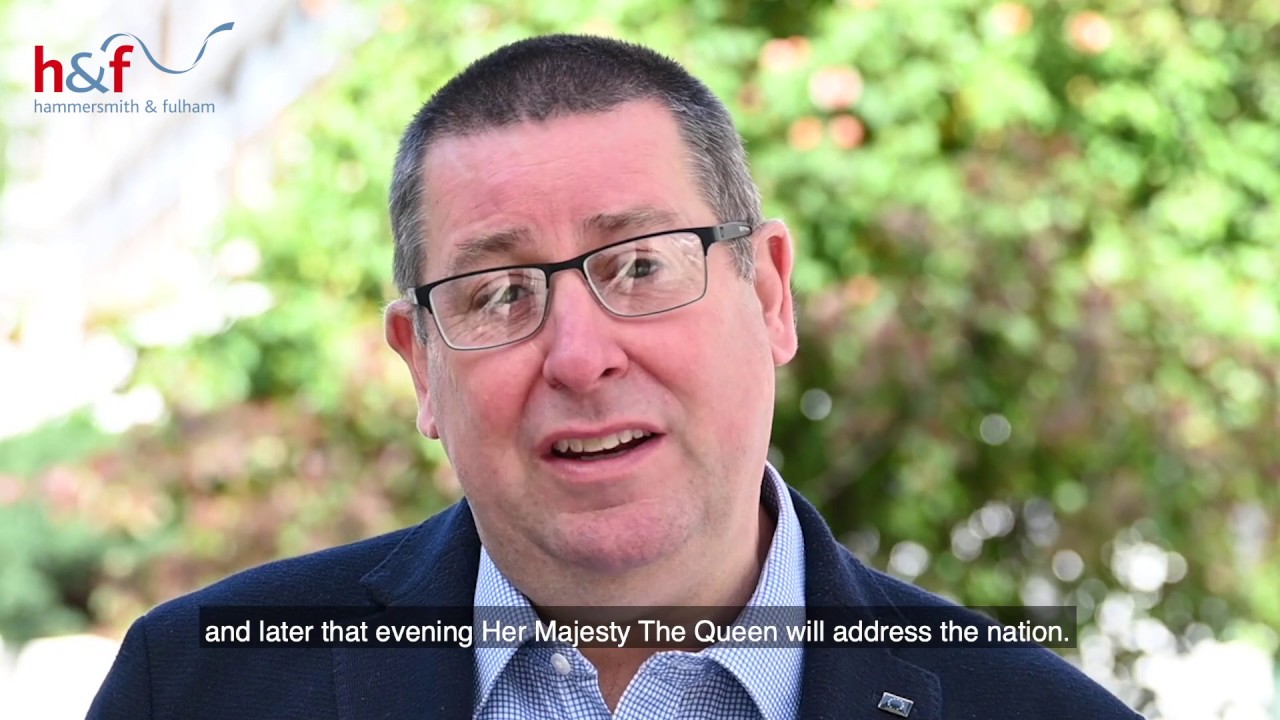 Want to join in the celebrations on the day?

You can make your own special VE Day 75 Celebration Bunting to display in your window at home.

What is VE Day?

VE (or Victory in Europe) Day – 8 May 1945 – was one that remained in the memory of all those who witnessed it. It meant an end to nearly six years of a war that had cost the lives of millions; had destroyed homes, families, and cities; and had brought huge suffering and privations to the populations of entire countries.

Millions of people rejoiced in the news that Germany had surrendered, relieved that the intense strain of total war was finally over. In towns and cities across the world, people marked the victory with street parties, dancing and singing.

But it was not the end of the conflict, nor was it an end to the impact the war had on people. The war against Japan did not end until August 1945, and the political, social and economic repercussions of the Second World War were felt long after Germany and Japan surrendered.

Please join this day-long celebration of VE Day by taking part in these major online and televised moments.

To kick off the tribute, please watch this video from Cllr David Morton, H&F Council’s Representative for the Armed Forces: 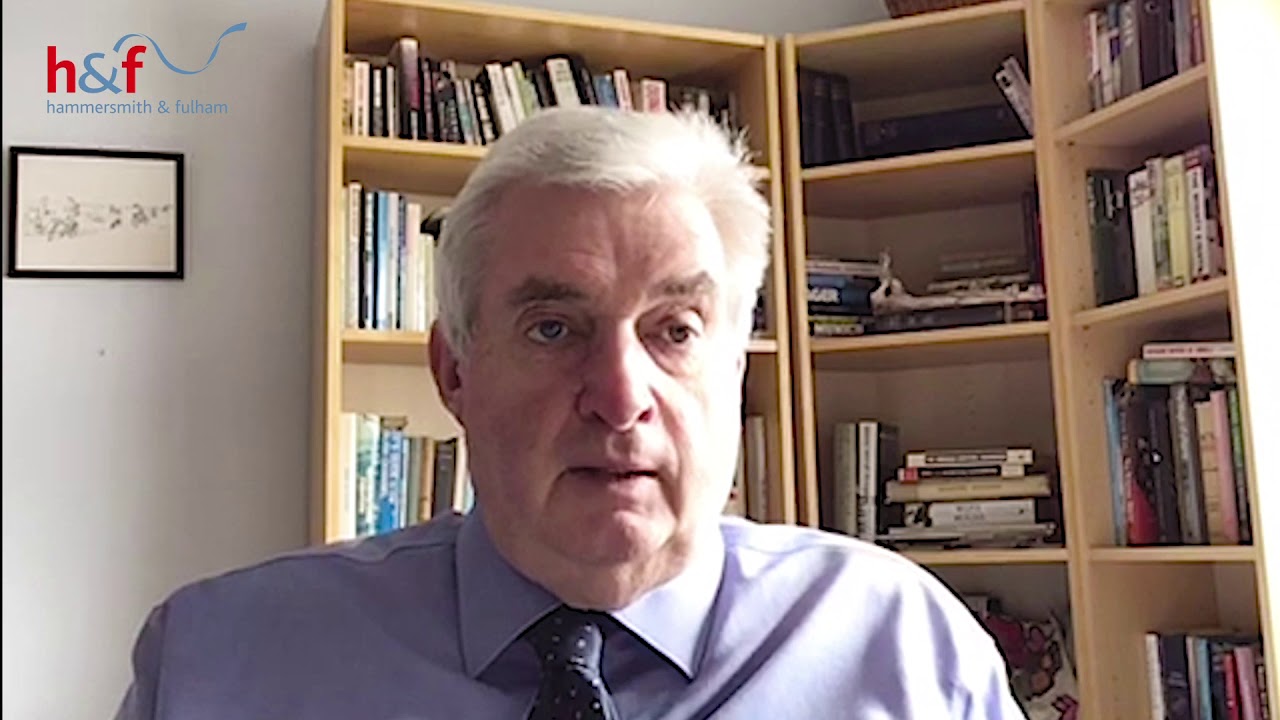 Today, the BBC will broadcast two special programmes on BBC One to mark VE Day 75, which will be shown from 2.45pm to 3.45pm and from 8pm to 9pm.

To find out more about the celebrations and see images from the subsequent street parties and celebrations from the H&F Archives, click the buttons below.

When the Second World War ended in Europe, Tuesday 8 May 1945 was declared a public holiday... and the Wednesday too!

Plans were swiftly made for street parties across Fulham and Hammersmith under bunting stretched from lamppost to lamppost. Many were staged on Saturday 12 May, with more over the subsequent weekends.

During the VE Day parties that ensued in H&F, it was the two local mayors that were rushed off their feet. Hammersmith and Fulham were separate boroughs at this point, and as the newspaper archives show in the story link below, the mayors did their best to attend every party. No mean feat!

In honour of VE Day and the civic duties and challenges it posed, as well as the need to honour those from H&F who lost their lives in the Second World War, the serving Mayor of H&F – Cllr Daryl Brown – has created this video tribute to the borough: 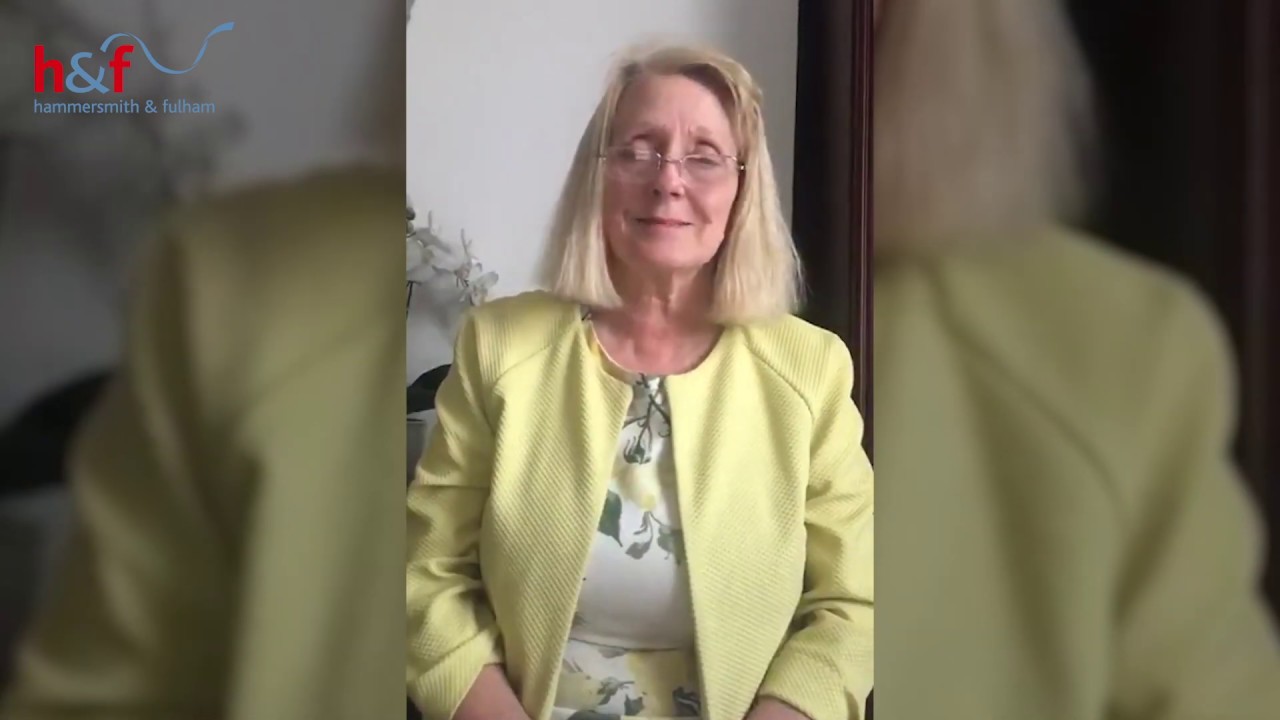 Hammersmith & Fulham’s parks witnessed scenes of joyous celebration in the wake of VE Day, but they also played important wartime roles as the borough suffered bombing raids through the Second World War.

Several of today’s pocket parks owe their existence to the bombs that fell. A series of Luftwaffe bomber reconnaissance photographs reveal many of the secrets that the parks contained.

Pictures from the archives

We have pulled together a selection of 1945 VE Day celebration photographs from the H&F Archives based at Hammersmith Library on Shepherds Bush Road.

Our archive pictures are available online – take a look at the Flickr photo gallery.

(Special thanks to local military historian Colin MacMillan and researcher Tim Harrison for their help with the photographs and historical details.)

Here are three images of street parties that we think took place in Hammersmith and Fulham in 1945.

Can you help us identify what streets these parties took place in? The first two were in Hammersmith. The final picture could be anywhere in H&F. Do you know?

If so, you could win a free box of 80 Extra Strong M&S Fairtrade teabags. All you have to do is send us the answer via email to pressoffice@lbhf.gov.uk

It's first-come, first-served so don't delay!

In this video, Cllr Patricia Quigley pays tribute to the fantastic community spirit that exists in Hammersmith & Fulham – from the Second World War to the current coronavirus crisis: 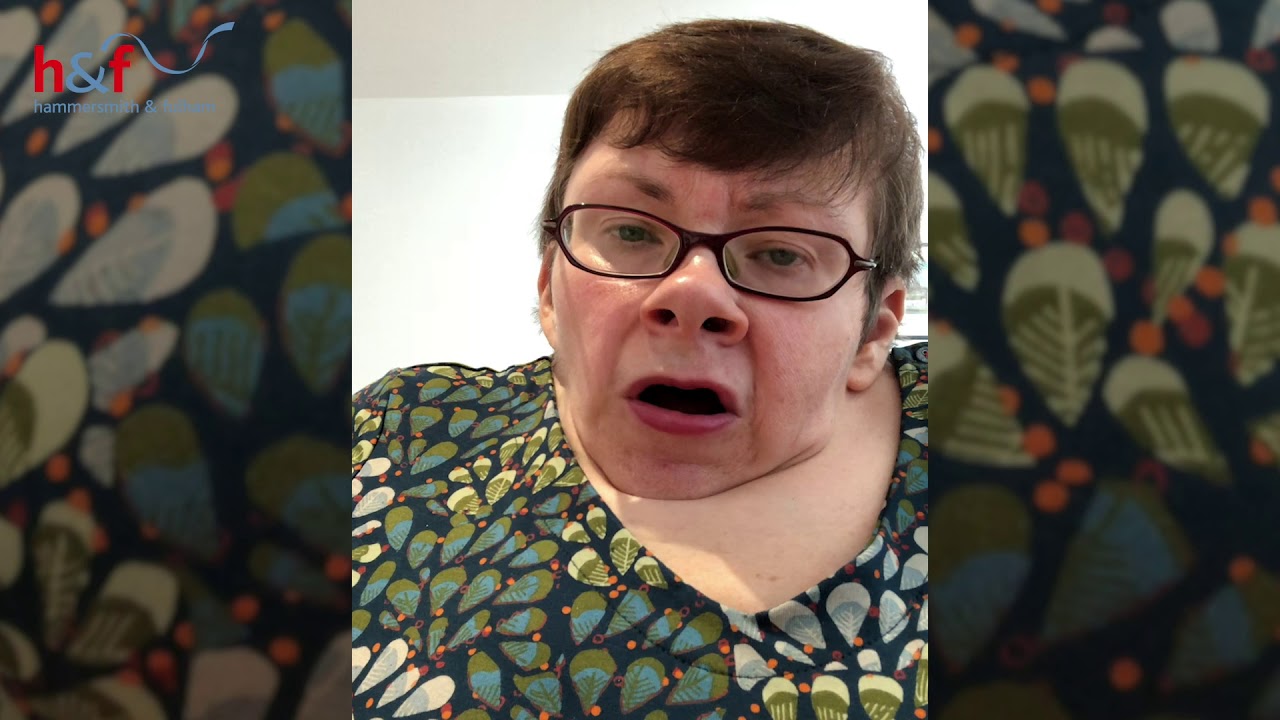 How did you celebrate VE Day? Down at the shops a huge bonfire was built on the strip of grass in front of the cottages at the bottom of East Acton Lane (Orchard Place near Old Oak Common Lane).

This picture – courtesy of the Imperial War Museum – was taken by a Signal Corps photographer from the United States Army. Read more about the celebration from local resident Brian Brooks.

After his wartime experiences, Bill Fitzgerald married his childhood sweetheart Eileen and had two sons. He had a long career as an engineer before coming to the Royal Hospital. His father – a veteran of World War I – was a Chelsea Pensioner before him.

Memories of an Observation Post signaller Ernie Boyden recalls how his experience in 1944 changed his life.

Ernie Boyden has been a Chelsea Pensioner for 18 years, where he says he gets ‘remarkable attention’. He describes himself as having ‘a young brain’ which he keeps occupied through interests including historical research and painting. Many of his works are displayed in his room, alongside quotations that inspire him.

From the bottling stores to the beaches, his role as a Sapper in the D-Day landings stays fresh in Frank Mouqué’s mind.

Although a childhood incident compounded by the guns and bombs of World War II have left Frank Mouqué profoundly deaf, he is good-humoured and active – travelling to France every year to visit a family involved in the liberation of Armentieres.