Do you know this dumper?

Hammersmith & Fulham Council is appealing for help to identify a fly-tipper who emptied the contents of a flat on the roadside, before incredibly stopping to take a photo of the mess.

One of H&F Council’s CCTV cameras caught the culprit as he spent more than 40 minutes dumping large items on the pavement of Cedarne Road, Fulham on Tuesday 18 July.

Enforcement officers were unable to get to the location before the man disappeared, so now the council is hoping the public can help identify him so he can be prosecuted. 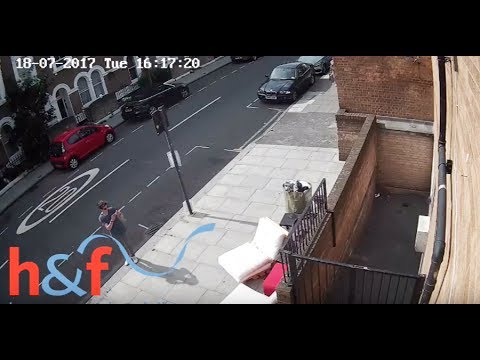 Click to play video: Appeal for help after Fulham fly-tipper caught on camera

“This is fly-tipping on a significant scale and we won’t tolerate it in H&F,” said Cllr Wesley Harcourt, H&F Cabinet Member for Environment, Transport and Residents’ Services.

“We want to be the greenest borough in the country and key to this aspiration is keeping our streets clear of clutter and mess.

“Hopefully someone will recognise this man from our image and help us track him down and maybe this action will serve as a warning to others that we are watching and we will take action.”

Clamping down on mess

In the video footage the man can be seen depositing a sofa, boxes and other bulky items on the side pavement in broad daylight as several people pass by. So pleased is he with his efforts, he even stops at the end to snap a photo of the dumped mess before disappearing.

H&F Council has launched a clampdown on littering and dumping of waste and will issue fixed penalty notices (FPNs) in cases where the blame can be proved.

If you see dumped rubbish, or suspect someone is dumping rubbish, you can report it directly to our Environmental Team via our Report It app.

If you have large items that need collecting, find out about how to arrange a bulky waste collection.