Her concert hall is the front room of her Barons Court flat, while her audience are the neighbours and passers-by who gather outside her open windows.

The 31-year-old attended Guildhall School of Music, graduating from Trinity Laban Conservatoire and completing a masters at Manhattan School of Music.

She used to flit between London and New York (where she played at Carnegie Hall), but opted to spend the coronavirus months in West Kensington.

Her daily 20-minute mini home concerts have proved to be a local morale-booster, with the 200th looming on Friday 4 December. 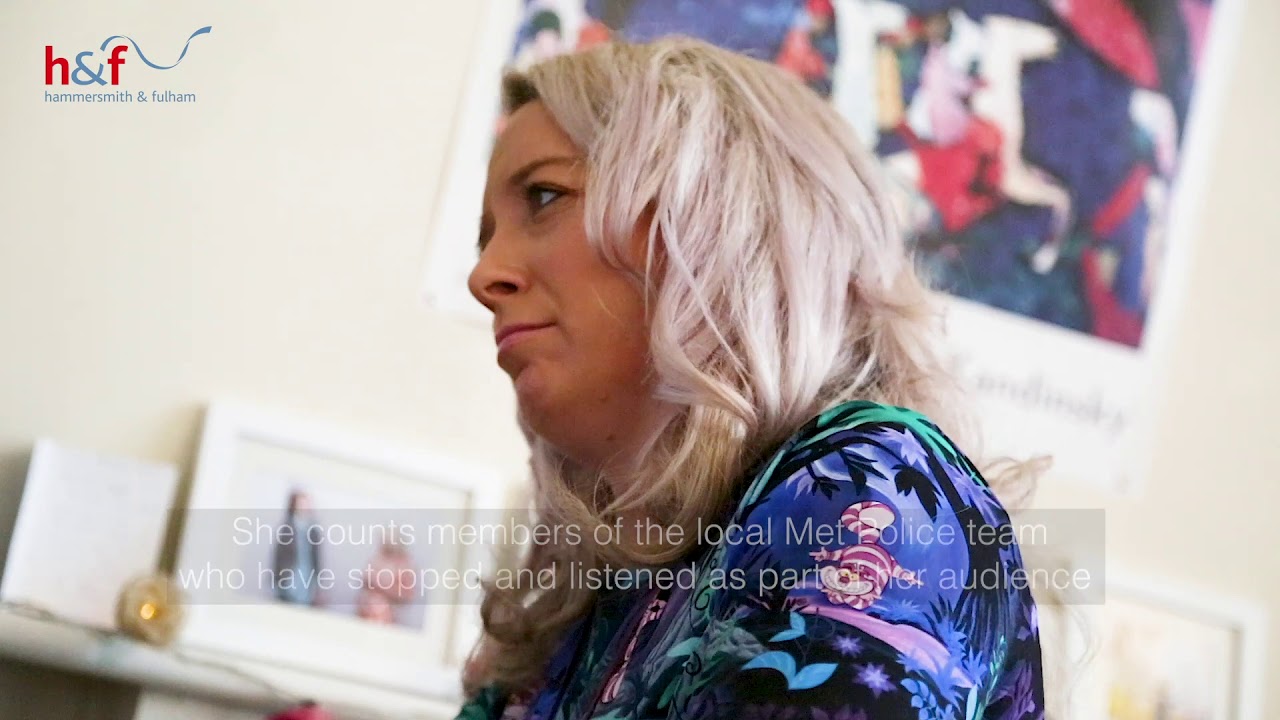 “It will be a slightly longer concert than usual, with guest artists including Will Harvey and Josh Johnson,” she said. “We’ll be performing everything from Bruch to Bowie!”

The half-hour free gig starts at the usual time of 5pm and runs for 30 minutes on the corner of Charleville Street and Challoner Street.

“I’m usually based in New York,” she explained. “But when I realised that the first lockdown was going to happen, I wanted to be with my instruments and came over here.

“I thought: ‘Why not provide a sense of routine to the community?’ I started in April. People gather outside [my flat] anyway, when I practise, and I thought about giving them some daily consistency.”

Some days, 40 people – socially distanced, of course – show up at the street corner to listen outside the ground-floor flat. Others gather on nearby balconies to listen, and police patrols have even been known to stop and enjoy the music.

Using a friend’s borrowed amp, she ensures everyone can hear a mix of music from her album Heaven And Hell: The Doors Of Perception (produced by Russ Titelman and featuring Marianne Faithfull), classical pieces and new items that she’s working on with Mike Garson – David Bowie’s pianist on the American leg of the Ziggy Stardust tour, and a musician who says he has never played the same song the same way twice.

“That new album will be Bowie meets Rachmaninov! I’ve used the concerts to get that repertoire comfortable and memorised.”

Tracks will include a new interpretation of ‘Life on Mars’.