A Somali musical icon who made Hammersmith his home has succumbed to coronavirus, a week shy of his 92nd birthday.

Ahmed Ismail Hussein – known to his many fans as ‘Hudeydi’ – was the acknowledged master of the oud, a pear-shaped lute-like instrument capable of producing deep, rich resonant melodic sounds... and also able to sing like a songbird.

Video report from Eye on Africa 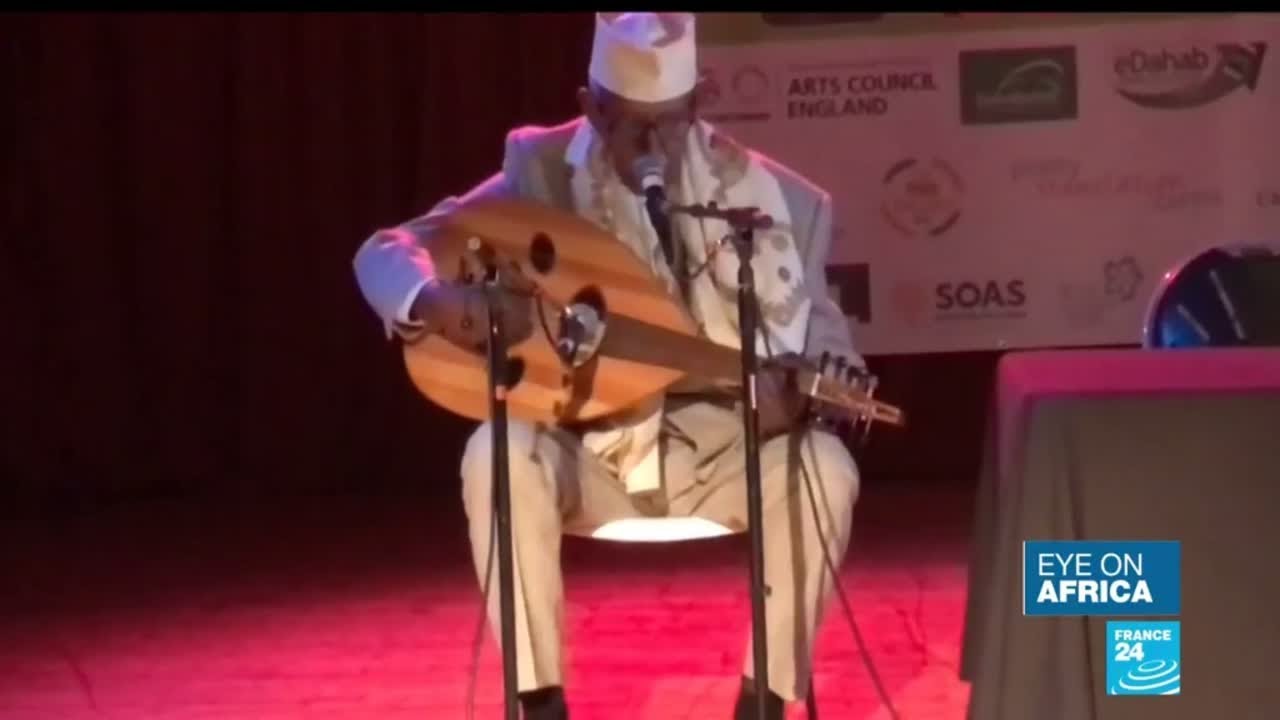 Hudeydi, of Riverside Gardens, was introduced to the oud as a teenager. “I remember when I was about 14 my father took me to a party in Aden, which was then a British protectorate. A man from Egypt was playing the oud, and I liked it,” he once recalled.

Hudeydi grew up under British colonial rule and lived through the freedom struggle of the 1950s which culminated in independence in 1960.

The songs of the oud became the soundtrack of the freedom movement, so much so that officials attempted to ban its playing.

In 1973, Hudeydi – then in his mid-40s – settled in Britain; an unofficial Somali ambassador, devoting his time to promoting the arts of his native land, and to inspiring younger generations to take a pride in their heritage.

Fondly dubbed The King of Oud, Hudeydi gave his time to help charities as well as cultural organisations, including playing at fundraisers to help famine relief in his homeland.

He said that when he played the oud (his own favourite one was made in Syria), it seemed to ‘respond’ to singing. “You go with the rhythm of the instrument. It goes with song; and when you sing, the oud ‘gives the answers’.”

Although he made his name as a musician in Somalia, his decades in his second home in west London broadened the appreciation of his skills, and increased popularity of the oud as an instrument.

His nickname Hudeydi was given to him by his grandfather, who borrowed it from a port in Yemen that was on the dhow trade route with Somalia.

The oud itself is thought to have reached Somalia from Arabia. Plucked with a flexible plectrum, its notes bend and sway, with some saying it is an instrument capable of healing.

Hudeydi described being a musician as like ‘having a sickness’, with the music acting like the ‘tablets’ you take. A traditionalist at heart, he wasn’t a fan of a more modern trend of using electric pick-ups on the oud.

“Our music is still growing up,” he once said. “Maybe my grand-grandchildren will get the benefit.” After such a long life he did indeed leave children, grandchildren and greatgrandchildren.

Among the tributes was one from Ayan Mohamoud, a former Somali representative in the UK, who described him as ‘one of the greatest Somali musicians of all time’.

And Cllr Sue Fennimore, Deputy Leader of Hammersmith & Fulham Council, said on behalf of the borough: “We were all so sorry to hear this tragic news. Hudeydi was an amazing man and a remarkable musician, and we send our sincere condolences to his family and friends.”

Hudeydi would have turned 92 on 15 April. He died in hospital on 7 April from coronavirus.