The budding 15-year-old chef cooked up a Japanese-inspired fish and chips dish consisting of miso sea bream, wasabi pie soufflé and tempura vegetables that left the panel of judges in awe on the 10th anniversary of the council-funded event.

The culinary competition was hosted by Ealing Hammersmith & West London’s College TASTE restaurant in Barons Court where the sixteen finalists had just one hour to prepare two courses from fresh ingredients on an £8 budget.

“I was so surprised when they announced the winner and I heard my name,” said Ines. “It was an intense hour of cooking as the clock ticked down with the other chefs in the kitchen. It was a great experience and I’m just so happy to have won.”

Experts on the judging panel were impressed. Wembley Stadium’s executive sous chef Gerrard Madden was blown away with the quality of the dishes.

“The standard of the cooking was phenomenal,” said Gerrard. “All of the finalists should be proud of themselves. It gives me inspiration to see the youngsters come up with their own original ideas and produce such spectacular results.”

“It was great to see the tremendously talented young chefs from the borough producing some amazing dishes from such a small budget in so little time,” said Cllr Wesley Harcourt, H&F Cabinet Member for Environment, Transport and Residents’ Services. “The finalists have a bright future ahead of them.” 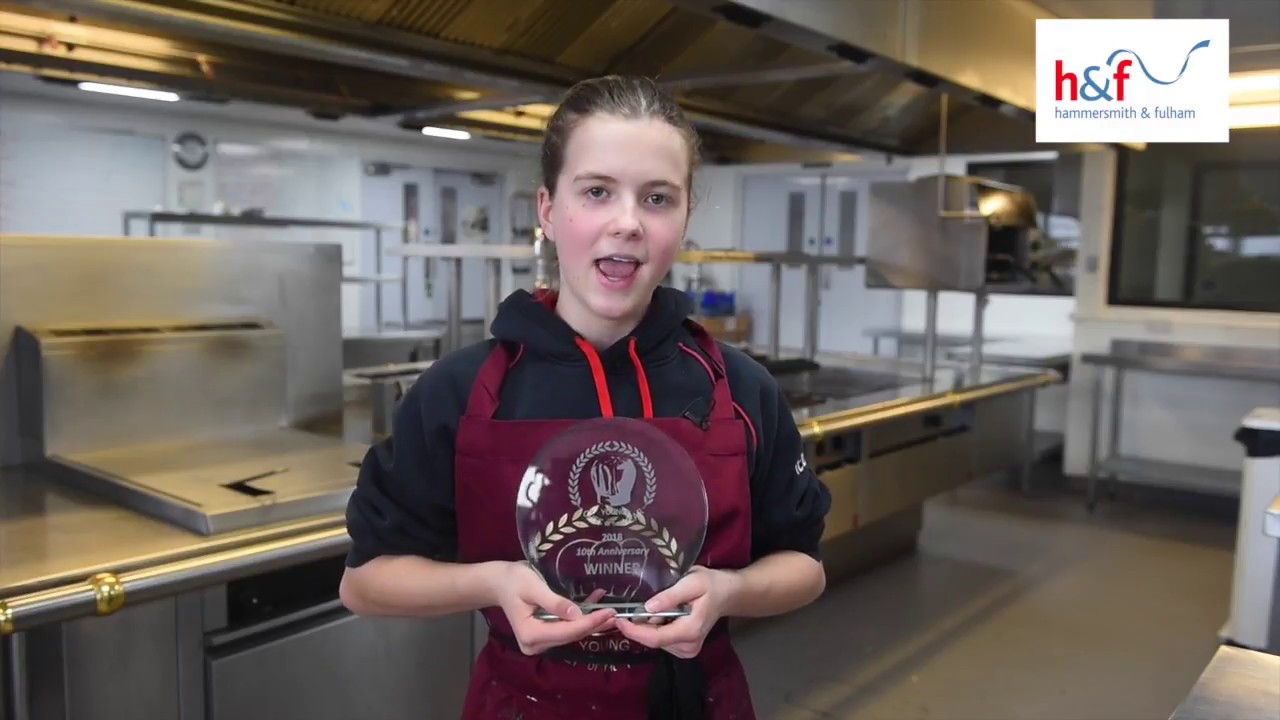 There were more awards on the day as five finalists were selected for the Outstanding Meal accolade. The winners were:

The participants received an Easter egg from Waitrose, a £25 voucher from Jamie’s Cookery School, a Westfield London voucher, a t-shirt, a bag and a trophy – all of which were awarded by Cllr Mike Cartwright, Mayor of Hammersmith & Fulham.

The Outstanding Meal winners also received a cookbook donated by the acclaimed River Café in Hammersmith.

View our Young Chef of the Year 2018 photo gallery