The strategy reflects our shared ambition to make H&F the best place in Europe to do business with close collaboration between academics, businesses, entrepreneurs, and residents.

Read our new industrial strategy, Economic Growth for Everyone (pdf)

Watch the video of Cllr Stephen Cowan introducing the strategy 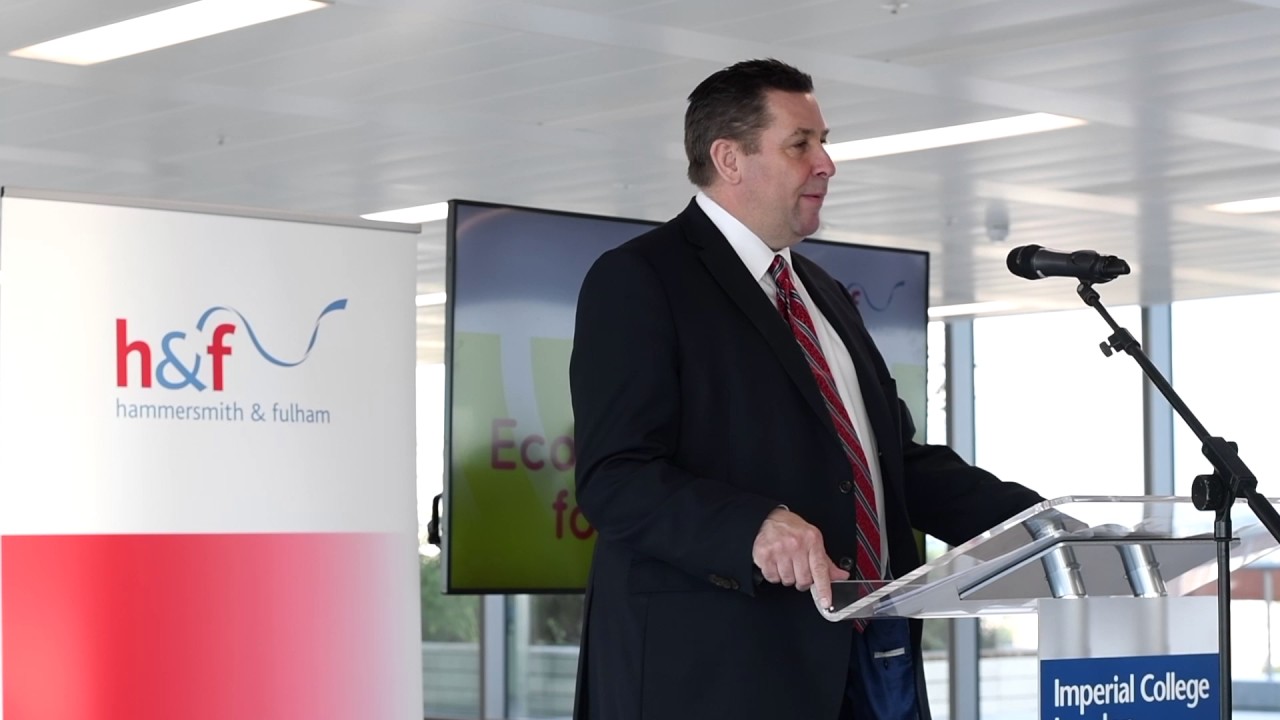 Watch video clips of other speakers at the launch event.

“I’m grateful to everyone who is working hard to grow our local economy and, in doing so, providing opportunities to the thousands of people who live and work in our borough,” said H&F Council Leader Cllr Stephen Cowan.

“We’re ambitious in Hammersmith & Fulham and we want to provide the single, best opportunity anywhere in Europe.”

He described Imperial as ‘the most amazing strategic advantage we have’ which is second-to-none when it comes to engineering, science, biotech and innovation.

Cllr Cowan added that the many benefits within our borough include H&F’s location halfway between Heathrow and the city and the West End, and its many transport links. They include 14 tube stations, two motorways, and current work to build Europe’s biggest train station at Old Oak Common which will provide an interchange between HS2 and Crossrail.

And said on top of this, there is a thriving media and arts scene such as the BBC, Endemol and Disney, as well as the renowned Shepherds Bush and Lyric theatres, the Apollo and LAMDA.

“New partnerships will be created, new areas of research will begin, important new discoveries will be made, new ideas will be nurtured, new companies will be formed and we will be good neighbours helping to address the economic and health challenges faced by many residents.”

The pair were joined by Duncan Bower, development director at Westfield and local entrepreneur Christine Teylan founder of digital marketing company Ueni, who spoke of how being based in H&F have boosted their businesses, as well as Cllr Andrew Jones, H&F Cabinet Member for Economic Development and Regeneration.

Find out more about our strategy.